The article will include detail on the life cycle of baby jellyfish, their diet and what they eat, where they live and how they get there, and why they help protect our oceans.

Jellyfish are one of the oldest multi-organ animal groups and first appeared on Earth over 500 million years ago.

They are found in every ocean, from the surface to the deep sea, and in freshwater lakes and rivers.

There are over 2,000 different species of jellyfish; ranging in size from less than 1mm to over 2m in diameter.

Jellyfish have a simple structure; they are composed of a thin layer of epithelial cells that surround a jelly-like substance called mesoglea.

Jellyfish do not have a brain or central nervous system but they do have nerves that allow them to sense their surroundings.

Most jellyfish eat small fish, plankton, or other marine animals.

They capture their prey with their tentacles, which have stinging cells that paralyze the prey so it can be brought into the mouth for digestion.

Some jellyfish are filter feeders and just eat plankton that floats by them in the water.

Jellyfish reproduce both sexually and asexually. In sexual reproduction, eggs and sperm are released into the water where fertilization takes place.

The eggs develop into larvae which settle on the seabed and metamorphose into adult jellyfish.

Asexual reproduction occurs when an adult jellyfish splits into two or more pieces, each piece then grows into a new adult.

This process is called budding and often happens when the jellyfish is stressed, for example, if the water temperature changes or there is a lack of food.

Most jellyfish live for just a few months but some can live for years. The longest-living species is Turritopsis dohrnii, also known as the immortal jellyfish, which can live indefinitely by reverting back to its juvenile stage when conditions are unsuitable.

Jellyfish play an important role in the ocean ecosystem. They are a food source for many animals including turtles, fish, and seabirds.

They also help to control populations of other animals by eating large numbers of plankton and small fish.

As you may know, jellyfish are a type of marine invertebrate that belongs to the phylum Cnidaria. Jellyfish are characterized by their gelatinous bodies and their ability to sting.

Baby jellyfish, or fry, are in the juvenile stage of a jellyfish’s life cycle.

Baby jellyfish are incredibly delicate creatures. Unlike adult jellyfish, They do not have a hard exoskeleton.

This makes them very vulnerable to predators and the elements. Baby jellyfish must be constantly on the move in order to find food and avoid being eaten.

Despite their fragility, They are fascinating creatures. They come in a variety of shapes and sizes, and they can be found in every ocean on Earth.

If you’re interested in learning more about baby jellyfish, read on for everything you need to know.

What is a Baby Jellyfish?

When you think of a jellyfish, you probably think of a large, translucent creature that drifts through the ocean.

However, did you know that there is such a thing as a baby jellyfish?

A baby jellyfish is actually called a larva, and it looks very different from an adult jellyfish.

They are much smaller, and they have not yet developed the trademark tentacles or stinging cells that adult jellyfish have.

Despite their difference in appearance, baby jellyfish are just as fascinating as their adult counterparts.

For example, did you know that baby jellyfish don’t have brains? Instead, they have a simple nervous system that allows them to sense their surroundings and move around in the water.

If you’re interested in learning more about baby jellyfish, be sure to check out the rest of this blog article.

We’ll tell you everything you need to know about these creatures, from how they grow into adults to what they eat.

How does a Baby Jellyfish Develop?

A baby jellyfish also called a larva, starts out as a tiny egg. Once the egg hatches, the larva attaches itself to something in the water, such as a rock or another animal.

The larva then grows and develops into a juvenile jellyfish. Finally, the jellyfish becomes an adult.

How big is a baby jellyfish?

Jellyfish larvae are microscopic, but they quickly grow into juveniles and then adults. The average adult jellyfish is about the size of a human hand, although some species can grow much larger.

The largest recorded jellyfish was nearly 8 feet in diameter and weighed over 440 pounds!

What do Baby Jellyfish Eat and Do?

As you might expect, baby jellyfish have a very different diet than their adult counterparts.

They are filter feeders and primarily eat plankton, which they strain from the water using their tentacles.

As they grow older and larger, they begin to add other small organisms to their diets, such as shrimp and fish.

This allows them to sense changes in their environment and react accordingly. For example, if something brushes up against their tentacles, they will reflexively sting it.

What is the Life Cycle of a Baby Jellyfish?

Much like human babies, baby jellyfish go through a life cycle that starts with conception and ends with adulthood.

The life cycle of a baby jellyfish is relatively short, taking only about two months from start to finish.

During the first stage of the life cycle, fertilization occurs when the sperm of a male jellyfish meets the eggs of a female jellyfish.

The eggs are then carried by the currents until they find a suitable place to settle and develop.

The second stage of the life cycle is larval development. During this stage, the embryo grows and develops into a free-swimming larva.

The larva has a simple digestive system and lacks tentacles or other distinguishing features of an adult jellyfish.

The third stage of the life cycle is when the larva finds a suitable place to settle and undergoes metamorphosis into an adult jellyfish.

This process takes only a few days as the larva grows into an adult, develops tentacles, and begins to feed on plankton.

Once an adult, jellyfish will live for about 6-12 months before dying and starting the cycle anew.

Where do baby jellyfish live?

Baby jellyfish live in the ocean. They are often found near the shore, in shallow water. Jellyfish are sessile creatures, meaning they do not move around much. They float in the water and drift with the currents.

Some species of jellyfish live in deep water, while others live in the shallows. Some jellyfish are found in freshwater rivers and lakes.

What is the lifespan of a baby jellyfish?

A baby jellyfish, also known as a polyp, can live for several months to a few years depending on the species.

The average lifespan of a polyp is around 1-2 years, but some species can live up to 10 years. Polyps reproduce by budding off new individuals, which eventually grow into new medusae.

Does a Baby jellyfish sting?

If you are stung by a baby jellyfish, you should seek medical attention immediately.

Jellyfish are fascinating creatures, and their babies are no different. So, what does a baby jellyfish look like?

First of all, it is important to note that not all jellyfish species give birth to live young. Some species lay eggs that hatch into larvae, which then grow into juvenile jellyfish.

However, the majority of jellyfish species do give birth to live young.

When a baby jellyfish is born, it looks very different from an adult jellyfish. Baby jellyfish are typically smaller and more translucent than adults.

They also lack the long tentacles that adults have. Instead, they have shorter, stubbier tentacles. As they grow and develop, their tentacles will lengthen and they will become more opaque.

Baby jellyfish are truly amazing creatures. If you ever have the chance to see one up close, you won’t be disappointed!

A baby jellyfish is very small, and it has a round body with tentacles hanging down from it. The tentacles are transparent, and they have stinging cells on them.

The baby jellyfish is white or translucent, and it is usually no more than 1/2 inch in diameter.

Baby jellyfish come in a variety of shapes and sizes. Some baby jellyfish are less than a millimeter in diameter, while others can grow to be several centimeters wide.

The size of a baby jellyfish depends on the species of jellyfish it belongs to.

Most baby jellyfish are translucent or transparent. This makes them difficult for predators to see They also have long, trailing tentacles that they use to capture prey.

Where does the name “Jellyfish” come from?

Jellyfish have been around for a very long time, with fossil records dating back to 500 million years ago. But where did the name “jellyfish” come from?

The word “jellyfish” first appeared in print in 1796, in a book called A Natural History of the Curiosities of Nature by John Hill. In it, he described these creatures as follows: “These animals are so tenacious of life, that they will live and multiply even in brandy and other spirituous liquors.”

The word likely comes from the Middle English word jalous, meaning “gelatinous” or “full of jelly.”

This makes sense, as jellyfish are mostly made up of water (about 98%), with the rest being made up of gelatinous material.

So there you have it! The next time you see a jellyfish, you can impress your friends with your knowledge of where their names came from.

Some Interesting facts about Baby jellyfish

How are Baby Jellyfish Related to Adults?

As mentioned before, baby jellyfish are called polyps. They are related to adults in that they are basically in the juvenile stage of adult jellyfish.

The main difference between them is their size; an adult jellyfish can reach up to 10 inches in diameter, while a polyp is only about 1/10th of an inch.

Aside from that, they have the same basic anatomy and go through the same stages of life.

What is Baby Jellyfish called?

Jellyfish babies, or fry, are generally called ephyra. Ephyra is the stage at which a jellyfish reaches sexual maturity and is able to reproduce.

Some species of jellyfish never reach this stage and instead reproduce asexually through a process called fission.

Baby jellyfish on the Beach

If you’re like most people, the beach is the last place you’d expect to find a jellyfish. But every now and then, a baby jellyfish washes up on the shore.

Baby jellyfish are incredibly delicate creatures. They’re usually only a few inches long and their bodies are mostly transparent. This makes them very hard to spot in the water.

Because they’re so small and fragile, baby jellyfish are at risk of being eaten by predators or getting caught in the waves and washed ashore. Once on land, they quickly dehydrate and die.

If you do come across a baby jellyfish on the beach, it’s best to leave it alone. There’s nothing you can do to help it and you could end up getting stung.

If you have any questions about baby jellyfish or other marine creatures, you can ask a local lifeguard or beach patrol officer. They’ll be happy to answer your questions and help you stay safe.

Baby jellyfish are not only cute, but they are also interesting creatures. They have a unique life cycle and an adorable appearance.

While they may seem harmless, it is important to be careful around them as their sting can be painful.

If you ever come across a baby jellyfish, make sure to give it the space it needs and admire it from a distance. 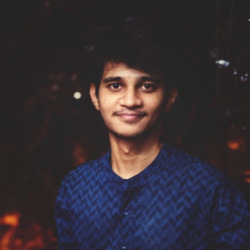